When we decided to add a dog to our family, we really had no idea just how in over our heads we were about to get. We adopted a young puppy, cute as could be, and quickly fell in love with her. Everything went great until our adorable baby girl had to go potty. She only knew how to go, and we were completely lost on how to teach her where to go. Soon our little girl grew, and with her increased size, the messes she was leaving behind got bigger, too. Holly (our puppy) is a Great Dane, so she really did start leaving big messes all over the house in short order. By the time we had Gerard make his first home visit, we had to ask him to wear plastic bags over his feet to protect himself from any puddles we may have missed! It was completely humiliating. As much as we adored Holly, we were at the brink of giving her away because we simply didn’t know how to train her. Gerard was our last hope. Within 30 minutes Gerard had asked lots of questions to get to know Holly and where we were at with her. He knew exactly what we needed and just how urgent the situation was. The next hour was spent with Gerard showing us how to correctly interact with Holly, in a less confusing way for her, so she would get the message and understand what we wanted of her. He showed us what to do, and then he watched us as we did the same things. Gerard was incredibly patient and never seemed discouraged by our frustrations. It was our surprise to see Holly learn her first basic commands during that initial visit with Gerard. Holly is now 9 ½ months old, weighs about 100 pounds, and while she is still very much a puppy, she is a manageable and a permanent part of our family. She hasn’t had an accident in the house in many months, and she only had a couple after Gerard’s first visit! Even Holly is a happier girl since we have learned how to communicate with her in a good and consistent way. She knows what we want from her, and it makes her proud to fulfill our wishes. It really is thanks to Gerard that we still have Holly. We wouldn’t have made it much longer with the way things were going before he came to our rescue. Now we get all the good out of being dog owners, without all the bad that comes from a poorly trained dog. 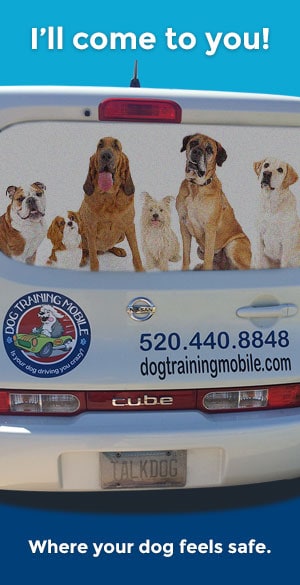